Helping Indian Dalit Girls Rise Up and Shine: The Mission of the Bodhicitta Foundation

Posted on January 5, 2019 by Bhikkhu Bodhi | Comments Off on Helping Indian Dalit Girls Rise Up and Shine: The Mission of the Bodhicitta Foundation 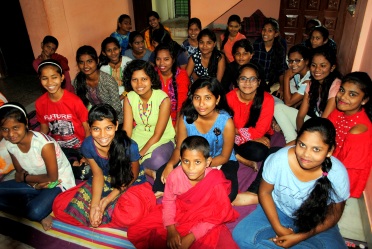 The Bodhicitta Foundation provides schooling and job training, legal assistance, social justice and women’s rights education, and other services to impoverished Dalit women and girls in Nagpur, India. Founded by the Australian Buddhist nun Ayya Yeshe, the foundation operates a girls’ hostel and a women’s job training and community center in slum areas of Nagpur. A three-year Buddhist Global Relief grant supports both of these projects.

The Dalits in India–the people formerly known as “outcasts” or “untouchables”–have historically been relegated to jobs considered “below” even the members of society’s lowest caste.; Their work traditionally involved such tasks as cleaning or processing human waste or animal carcasses. Women and girls in this group face additional gender-specific burdens including domestic violence and child marriage. An estimated 30 percent of Indian women experience physical or sexual domestic violence in their lifetimes, according to the U.N.’s Global Database on Violence Against Women. More than a quarter of Indian girls are married by age 18, and 7 percent are married by age 15.

The Bodhicitta Foundation seeks to break the cycle of poverty by giving women and girls the tools they need to financially support themselves and their families. An estimated 2,000 people benefit from the foundation’s initiatives in Nagpur each year.

Over the years, grants from BGR have been supporting Bodhicitta’s women’s job training and community center in Nagpur, where 300 women a year enroll in courses in English, computers, sewing, and cosmetology. In addition, the center offers business management and entrepreneurship training, legal assistance, domestic violence counseling, medical care, and a library. Here women also find a space for dialogue and communal support. Reflecting the Bodhicitta tenet that supporting women and children helps to lift entire communities out of poverty, the center offers two hours a day of schooling to 120 children as well as 6,000 meals a year to undernourished children.

BGR grants also support Bodhicitta’s hostel in Nagpur, which houses 30 girls and young women from the Dalit community, in their teens and early 20s. While they are in residence here, the young women train for a three-year degree in social work, health care, education, or midwifery and nursing. Their training also includes coursework in anti-poverty principles and women’s health and economic issues. Upon completion of the program, each student commits to six months of part-time service in her home community in the form of women’s job or entrepreneurship training, education for poor children, or other support. 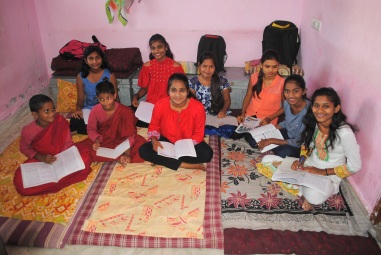 The young women who live at the Bodhicitta hostel are a remarkable group. The stories they tell about their experiences are grounded in the realities of their lives and also imbued with a sense that they are empowered to bring about real change in their world.

Swati, 17, is majoring in science and intends to become a gynecologist/obstetrician, “to give women safer and more dignified births,” she said. She studies photography and is a creative writer of stories and poetry. She writes:

Looking at the veiled form of a bent beggar woman,
I could not see her face,
Her face was shrouded in suffering,
Like the darkness and uncertainty of her future.

Swati’s father is a cycle rickshaw driver and her mother a laborer. Before she came to Bodhicitta, she said: “I almost quit school to get a low-paying job to support my parents, but then we found the hostel. Now I don’t have to leave school or feel hungry all the time. My stomach is full of food, my heart is full of the love of our community, and my mind is reaching for my dreams!”

Prianka, 20, is studying to be a lawyer. “I want to fight for the rights of poor people, and I volunteer with senior lawyers at the Bodhicitta Foundation programs for women to know their rights,” she said. “We have taken on many cases of domestic violence and families threatening to kill or throw out widows from their husbands’ land.” Prianka comes from a poor farming family, though her father cannot work because he is paralyzed. Her older sister was married as a teenager and died in childbirth, at 19. “Because of the hard lives of the village people,” Prianka said, “I am determined to become educated and escape that life of early marriage and backbreaking work and to advocate for my Dalit community,” 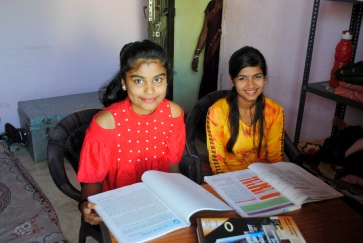 Sonali, 15, lives with her younger sister Pari at the Bodhicitta girls’ hostel. Sonali describes herself as “a total nerd” who loves math, reading, karate, and her social work studies.

The sisters arrived at the hostel as orphans. Their father abandoned the family when the girls were toddlers, and their mother became a sex worker to support the family and contracted HIV. She died before Sonali’s tenth birthday. The two girls moved from family to family, working in exchange for basic sustenance. “By the time I reached high school, I did not really believe in the goodness of people,” Sonali said. “I knew the world was cruel to poor girls.”

“I found out about the Bodhicitta Foundation because their social worker visited my school talking about women’s legal rights and girls’ rights to inherit land,” she continued. “They said they had a girls’ home, and we immediately applied. They have a long waiting list, but because we are orphans, they moved us up the list. For the first time since my mother died, I really feel I have a home where I feel loved and supported and not alone.”

When she finishes high school, Sonali intends to go on to study global politics and gender studies at university. “I think women have to stand up for their rights and education and proper paying jobs,” she said. “If my mother had been educated and found a proper job, she would not be dead now. Gender inequality literally kills women.… But I do believe in human goodness now.”

Patricia Brick is a writer and editor in the New York metropolitan area and a volunteer staff writer for Buddhist Global Relief.