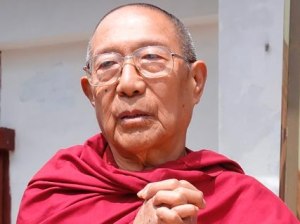 Born in Eastern Tibet in 1939 to nomadic parents, Ven. Rinpoche received full monastic ordination in 1961 under His Holiness the Dalai Lama. He completed his formal studies in India and was awarded the highest degree of Geshe Lharampa, equivalent to a Doctorate in Tibetan Buddhist Philosophy. In 1995, the Dalai Lama asked Rinpoche to go to Mongolia to teach Buddhism to the Mongolian people. After his arrival in Mongolia, he set about finding ways to overcome the high levels of poverty he encountered there. He established Asral NGO in 2001 with the objective of keeping families together and preventing children from going onto the streets. Asral is the Mongolian word for “care.”
END_OF_DOCUMENT_TOKEN_TO_BE_REPLACED