There is more aid in the world, but far less for fighting poverty

Posted on June 16, 2016 by Bhikkhu Bodhi | Comments Off on There is more aid in the world, but far less for fighting poverty

More and more foreign aid seems to be doing less and less of what it’s supposed to. 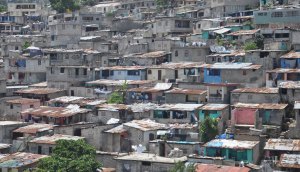 Every year the OECD, an inter-governmental organization made up of the world’s richest countries, releases figures on how much aid, or overseas development assistance, goes to developing countries. On the surface, the latest released data from 2015 suggests a reason to celebrate: once you take out inflation and exchange rate changes, the overall net amount of aid keeps rising, totaling $131.6 billion after an already record-high couple of years. That’s quite an achievement, particularly for those European donors who last year had to face major unexpected challenges, such as the arrival of migrants and refugees at their doorstep.

Look deeper into those figures and the picture changes quite a lot. Welcoming those refugees in donor countries was actually paid for by money that was meant to be used for other, equally important purposes, like fighting poverty and disease in the global South. These costs nearly doubled last year, meaning that a sizeable portion of ‘international’ aid – up to 34 percent of individual donors’ pots – never crossed Northern borders in reality. END_OF_DOCUMENT_TOKEN_TO_BE_REPLACED

Comments Off on There is more aid in the world, but far less for fighting poverty