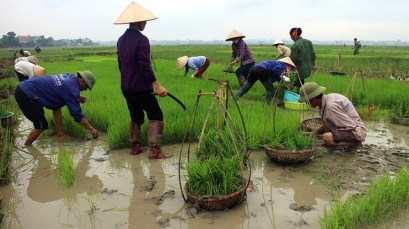 For the 821 million people across the globe who face chronic hunger, climate change is no theory, but an ever-present reality.  Fully 80% of the world’s chronically hungry and malnourished people live in rural areas, surviving only on the food they grow from their rain-dependent farms.  Variability in the amount of rainfall, when the rain falls, days between rainfall, or daily temperatures – all the result of climate change – can quickly transform what is at its best a marginal existence into almost certain starvation.

The United Nations Food and Agriculture Organization’s (FAO) 2018 report, The State of Nutrition and Food Security in the World: Building Climate Resilience for Food Security and Nutrition, devotes 75 pages of its 112 page publication documenting climate change as a major contributor to the recent increase in global hunger and food insecurity following a decade-long decline in the number of hungry people around the world.  In 2014, the incidents of chronically hungry people had declined from 945 million to an estimated 784 million. By 2017, the count had risen to 821 million, an increase of 37 million people!

Climate change occurs over decades, even centuries, and may not be readily observable.  What can be observed are climate variability and extremes, the incidents of which have more than doubled since 1990, which climate change produces.  Averaging 213 events a year between 1990 and 2016, extreme heat, droughts, floods and severe storms have compromised the availability, access to, and stability of food production around the world.  Climate-related disasters have become so frequent that they now make up more than 80 percent of all major internationally reported disasters. (FAO 39) 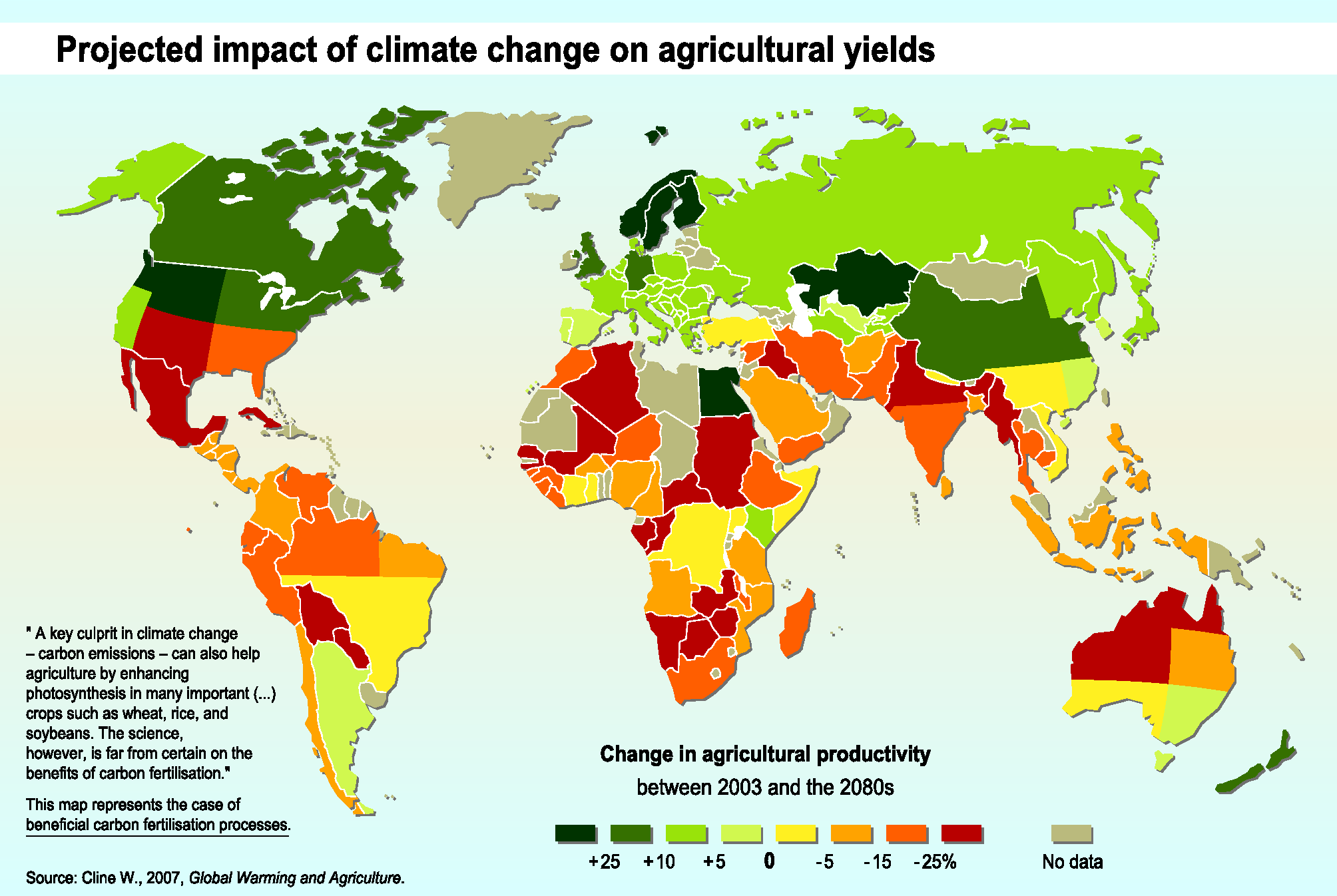 Over the past century, the world has become measurably warmer and the incidents of extreme heat more numerous, resulting in lower labor output, increased mortality rates, and lower crop yields.  Rainfall has similarly become less predictable with vast areas of the globe experiencing below normal levels and other areas receiving above normal levels. The result has been long-term drought in large sections of the world, such as sub-Saharan Africa, and flooding in other areas, such as South and Southeast Asia.   When the rains come, how long they last and when they stop is also changing.  For example, the FAO states that “in the Afram Plains region of Ghana, farmers are noticing delays in the onset of the rainy season, mid-season heatwaves and high-intensity rains that cause flooding, which are resulting in crop loss, low yields and reduced availability of household food.” (FAO 45)

Tragically, 95% of low- and moderate-income countries experienced climate extremes between 2011 and 2016, with 40% of these countries, such as Côte D’Ivoire, experiencing 3 or 4 extreme events during this period. (FAO pg. 54) Why is this tragic?  Because the more climate shocks that a country experiences, especially if its people are already poor or of modest means, the higher the likelihood of chronic malnutrition and serious hunger.  Nearly 600 million of the estimated 821 million people who don’t get enough to eat on a daily basis, live in a country that has experience floods, droughts, storms, extreme heat, or all the above!

The consequences of climate shocks (climate variability and extremes), as the FAO report calls them, are often devastating and only serve to exacerbate people’s tenuous grasp on survival.   In nearly every instance, countries, which have experienced climate extremes, have also experienced increased food insecurity and malnutrition.  The amount of goods and services available to people quickly dwindle, further reducing their ability to cope and adapt to these changes.  Long term or recurrent extremes can result in loss of livelihoods and destitution and may prompt mass migrations.  A downward spiral begins that is difficult to reverse. As the climate changes even more, people become less and less capable of adapting.

Resilience, put simply, is the capacity to bounce back after a disaster or setback.  The FAO 2018 report discusses the need for coordinated planning and policy development, scientific risk assessment, and system change, as fundamental to improving people’s resilience around the globe.  The FAO suggests a number of short-term interventions in the way people grow their food, the kinds of food they grow and the importance of local participation, and gender-based approaches.  Many, if not most of these suggestions are already being implemented through Buddhist Global Relief (BGR) funded programs. 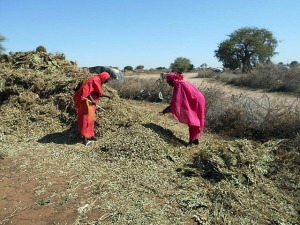 In Sudan, BGR is partnering with Oxfam America to help 500 households return to farming and to adopt improved farming techniques that will not only produce enough food for their needs but provide a surplus that can be sold at market.  Farmers will be provided with crop seeds and agricultural tools and trained in water harvesting techniques as well as suitable methods of vegetable gardening that enable farmers to increase production. (Sudan) 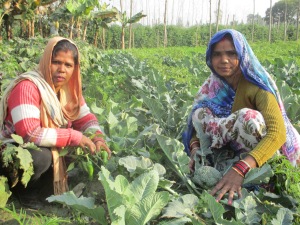 A partnership between BGR and Oxfam India, “Prosperity through Resilient Agriculture,” funded entirely by BGR, focuses on women farmers in 25 villages.  Women are helped to access government assistance while learning climate resilient farming practices to increase crop yields.  As women become proficient in the new techniques, they train other women in their community, thus assuring the eventual spread of both better harvests and a surplus crop that can be sold at market! (India)

BGR has joined with Action Against Hunger to promote agricultural diversification and food access in the Preah Vihear province in Cambodia.  This innovative project again trains model farmers (most of them women) in 22 villages in agroecology for home gardening and climate-resilient rice production. Model farmers have their own garden and commit to training other women once they’ve mastered the basic approach and shown real results. (Cambodia)

The FAO report makes clear that while the global situation is dire, it is not hopeless.  We have the technical knowledge and resources to reverse the recent increase in malnourished and starving women, children and men.  What is needed now are more organizations like BGR and people like you who support us to be:

“May I be a good doctor for those who suffer from illness,
a guide for those who have gone astray,
a lamp for those who dwell in darkness,
a source of treasure for those in poverty and need.”
Vows of Samantabhadra, Avatamsaka Sutra

David Braughton is the vice-chair of Buddhist Global Relief. During his professional career he led a number of nonprofit agencies involved with mental health, trauma, and child development.